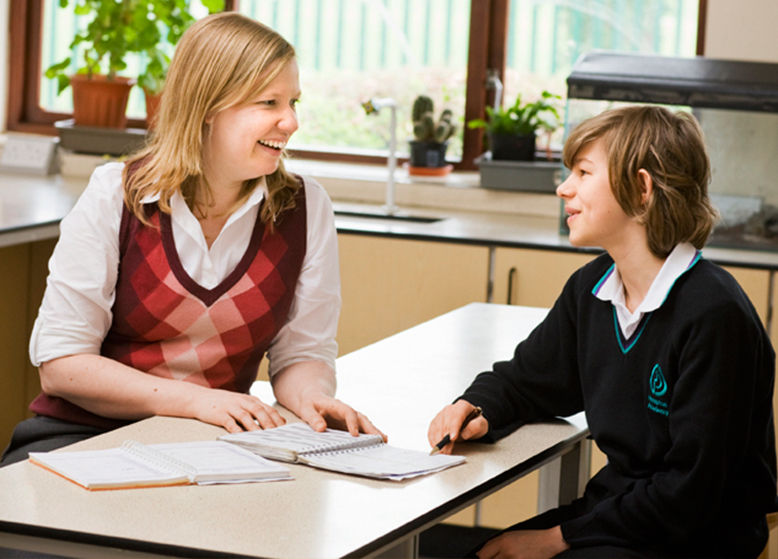 “Oliver: “I could push myself harder.”

Ms McMahon: “How would you do that?”

O: “I could put more work into each assignment and concentrate better on what I have to do.”

Ms: “How was your final presentation last Thursday on the Middle Ages theme?”

O: “Better than I expected.”

Ms: “So what will be your goal for the new theme you’ll be starting?”

Oliver is having his personal coaching session with Ms McMahon. She leads Oliver’s base group in Year 7. They are sitting by a large aquarium in the science room.

Ms McMahon is a science teacher – a job she carries out parallel to her position as personal coach for one of the school’s base groups.

Outside the window, a flock of birds rests on the football pitch, warming their feathers in the slanted rays of the afternoon sun. Oliver and Ms McMahon are both sitting on high stools at one of the laboratory workstations. Oliver’s logbook lies open on the table between them.

“That’s good, Oliver – you now have a personal goal for the new theme. Do you have any goals set for your step subjects this week?” asks Ms McMahon.

Oliver takes a blue ballpoint pen and writes in his logbook – under the heading “My goals for this week” – that he will work with step 3 in science.”

A KED school provides a self-reflective environment in which students and teachers form a team. To encourage students to reach a learning goal, teachers in the KED Program must focus their attention on the path that each student will take to get there.

The focus is on concrete issues, such as completing a certain exercise in algebra that will improve the student’s understanding. This requires a teacher who is capable of coaching students and showing them how to select, structure and complete their schoolwork. The personal coach does not have to be an expert in every subject studied by her students, but as their personal coach, she is expected to be an expert in learning processes.